Well isn’t the Great British Sewing Bee going quickly – we can’t believe we are at the Semi Final already, with only Liz, Matt, Clare and Nicole left in the contest! This week’s theme was ‘Movie Week’ with the garments being inspired by legendary films.

First up, as always, was the Pattern Challenge. This week the contestants had to sew the iconic Marilyn Monroe dress featured in  the film ‘The Seven Year Itch’. This white dress was responsible for the famous scene where Marilyn’s skirt billowed into the air showing her underwear as she stepped on a subway vent. Contestants weren’t able to choose their own fabric from the haberdashery this week. Instead they were provided with a chosen fabric, including pre-pleated fabric for the skirt, although they could choose the colour. The judges explained that this was a difficult garment to sew – it looks a simple style but this means that any mistakes will really stand out. The whole bodice had to be bagged out so the seams were not visible. Eight intricate pleats needed to be added to the two bust pieces. The judges pointed out that measuring and pinning precisely was vital at this point otherwise the top would not be symmetrical. The dress fastened with an invisible zip in the skirt and a hook and bar fastening at the back of the halter neck. Iron-on interfacing was also needed to strengthen the panels.

All the contestants struggled with this pattern. Clare didn’t manage to get her dress hemmed and her fabric stretched at the side of the bodice creating what Esme termed ‘side boobage’! Liz’s dress looked good at the front but the back had a huge gap at the top of the zip and she had not got the hook and bar on at the neck. Nicole’s dress was unhemmed and she hadn’t bagged her bodice out. Matt was the only contestant who managed to finish this challenge, so unsurprisingly he won. 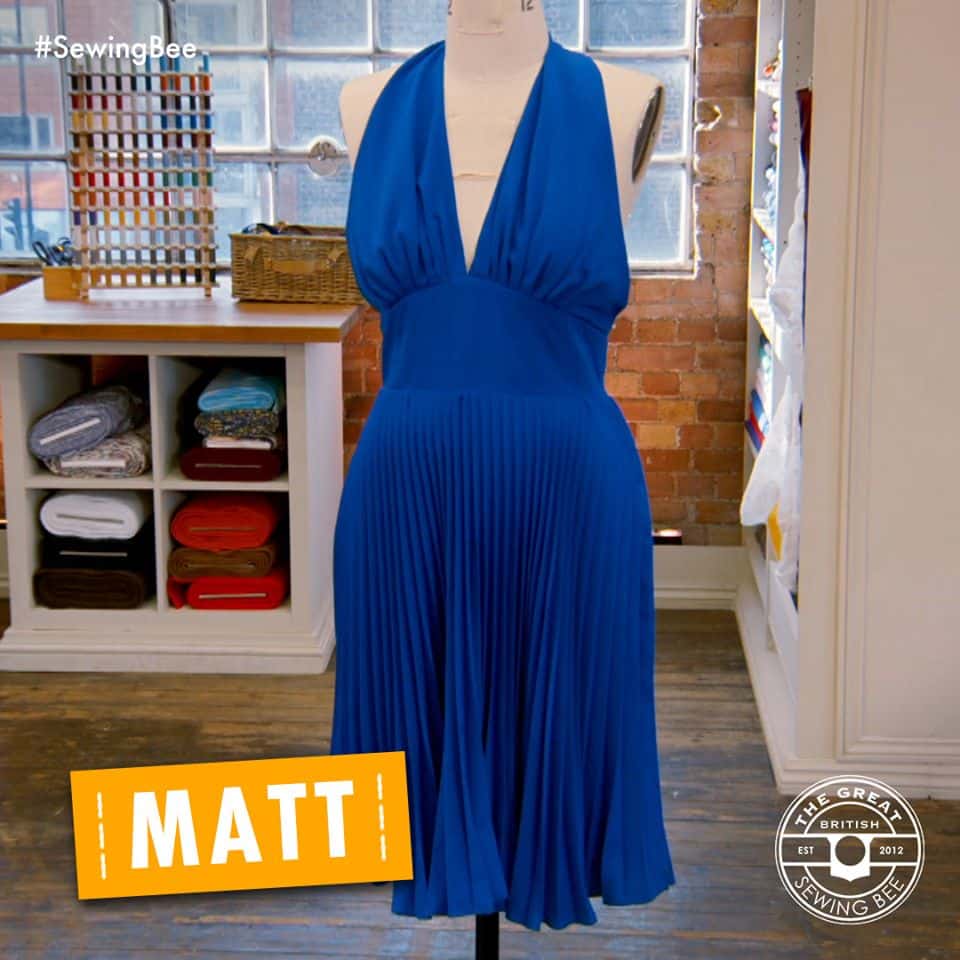 There is an interesting article about the famous Marilyn dress HERE.

Next we had the Transformation Challenge. This week the contestants were asked to make a Science Fiction themed garment using charity shop clothing and a pile of junk! They were only allowed to choose three items of clothing but could include as much junk as they liked! Clare won this challenge easily with a striking gold dress incorporating vast amounts of tubing to sculpt the skirt and encircle the armholes!

Finally we came to the Made to Measure Challenge where contestants were asked to make a flapper dress.   The flapper dress emerged in the roaring Twenties but received more exposure when it was featured in films such as ‘The Great Gatsby’ and ‘Chicago’. Generally, the flapper dresses consisted of a plain under-slip with a highly embellished dress over the top.  Patrick said that embellishment was key to the design of this dress and the judges expected to see lots of beaded or sequined fabric and fringing. However, this made sewing the dress more difficult as contestants needed to remove the beads/sequins from the seam areas to be able to sew it properly and not have bulky seams.

Matt created a vintage ‘New York’ style with a highly embellished sequin fabric.   He struggled to remove the sequins from the seams though, so ended up with bulky seams.  His under-dress was also slightly too long, so glimpses of it could be seen under the main dress.

Nicole went for a gold sequin top over a feathered hem.   She did struggle with the neckline of the under-dress but the judges felt the dress was a good fit and the overall impression was powerful and strong with lots of sparkle.

Clare went for  three layers in her dress – adding a georgette middle layer with a beaded art deco overdress with a handkerchief hem.  The  judges liked the colours but felt that the fit was wrong as it was too tight over the hips.

If you would like to learn more about sewing with beaded or sequinned fabrics there is a good tutorial HERE.

If you would like to learn more about the flapper dresses of the 1920s there is an interesting article HERE.

The judges were torn on what should be ‘Garment of the Week’ but finally decided on  Clare’s junk transformation.

Then the judges had the very hard decision of who to send home.  We didn’t envy them this job, as all the remaining contestants were very talented with different strengths and weaknesses.  Sadly, it was Liz who went out this time so won’t be in the final.

Next week can’t come soon enough for us, we are so excited to see what happens in the final!

If watching the Sewing Bee has inspired you to start a sewing project, why not have a look at some of the fabulous new fabrics we have in our ‘Newest Arrivals’ section.  We have some lovely new cotton poplins and cotton lawns, as well as cotton chambray, linen/cotton mixes, and cotton jersey. 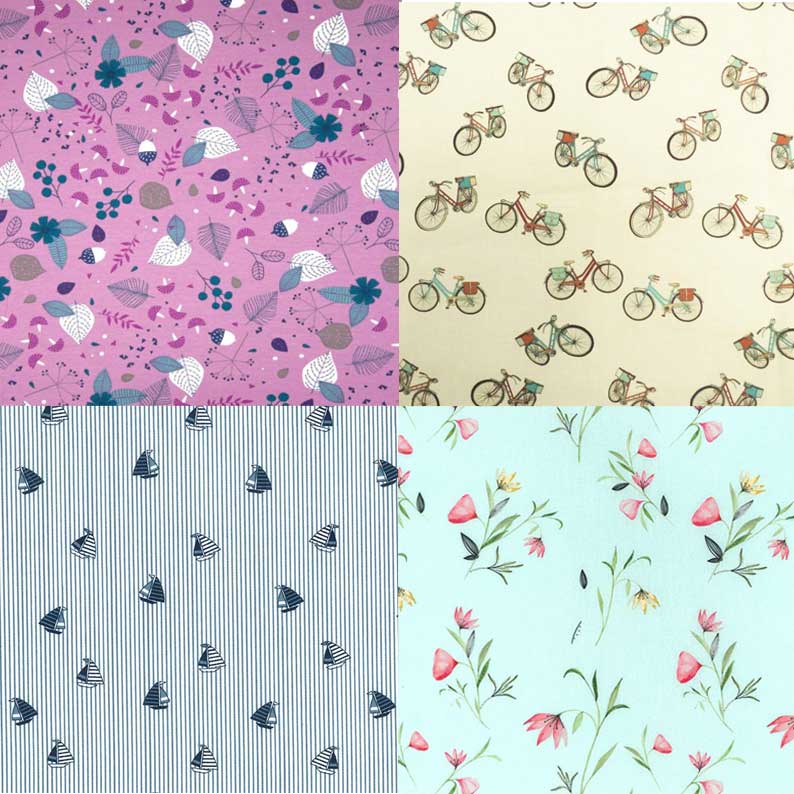 FacebookTwitterLinkedInRedditTumblrPinterestVkXingEmail
We use cookies to give you the best online experience and by clicking here or staying on our site you agree to this - enjoy ! Read our privacy policy