We were so excited to watch the first episode of the Great British Sewing Bee 2020. We met twelve very talented contestants who have backgrounds as varied as a paramedic, a ballroom dancer, a medical consultant, a banker and a jewellery designer!  You can find out more about all the contestants HERE.   We are proud to say that contestant Therese from East Sussex is actually a Dragonfly Fabrics customer and we wish her all the very best in the competition!

The theme for this first week was ‘Wardrobe Staples’ and the Pattern Challenge was to make a wrap skirt. Patrick pointed out that although the design may seem simple, the devil is in the execution.

TOP TIP: The challenge included two rouleau button loops – you can find some great hacks for turning rouleau tubes on THIS VIDEO.

This challenge was won by Peter who described himself as a fashion rebel who is inspired by Vivienne Westwood. He choose a monochrome fabric with a pattern of line-drawn faces which was much admired by Patrick. The judges noted that the waistband was neatly sown, the rouleau loops were good and the whole skirt looked really sharp. 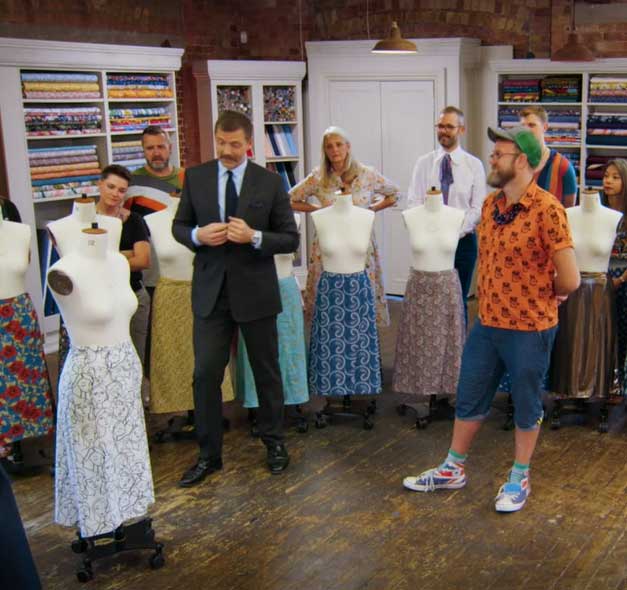 If you would like to try making a wrap skirt or dress we would suggest the following patterns:

The Transformation Challenge was to take two men’s shirts and turn them into a woman’s garment. The judges said they were looking for a radical transformation, ideally incorporating some of the shirt’s details into the final design.

TOP TIP: Hazel used a fork to help her make pleats for a skirt – THIS VIDEO shows you how.

The winner was Peter again, who made a clever dress that was draped on the mannequin and incorporated many of the original shirt details. 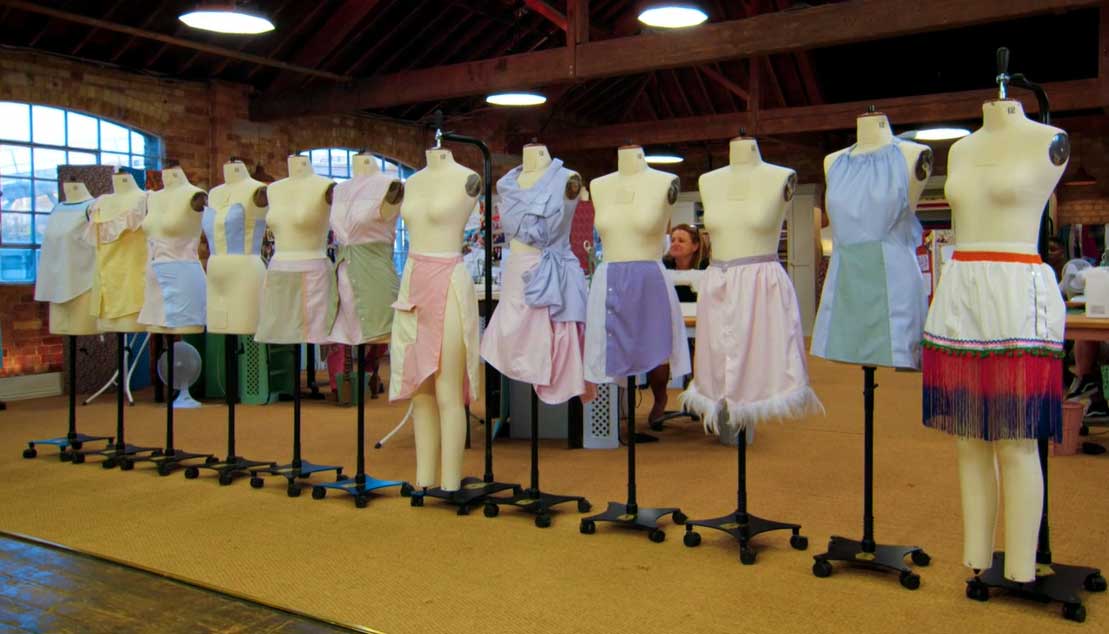 Finally, contestants were faced with the Made To Measure challenge which was a tea dress. Tea dresses came to the fore in the Forties and combine a modest neckline and length with an under-stated elegance. They are casual enough to be worn in the day, but chic enough for going out in the evening. Patrick explained that the contestants would have to make sure the dresses fitted perfectly, just skimming the body but not too tight.

All the contestants come up with some lovely variations on the tea dress theme, in a range of different fabrics, from Caribbean to floral to geometric. However, the judges were particularly impressed with Matt’s tea dress which was a complete departure from his normal drag queen outfits. He chose a prim and proper tea dress style with a subtle Peter Pan collar, a bow and a belt. The judges loved the way he had used two different colourways of the same geometric print which they felt brought it to the right side of modernity without overwhelming it. They also loved how much precise sewing was incorporated in the dress. It very deservedly won ‘Garment of the Week’.   Sadly Angillia  was sent home, having failed to finish her garment. 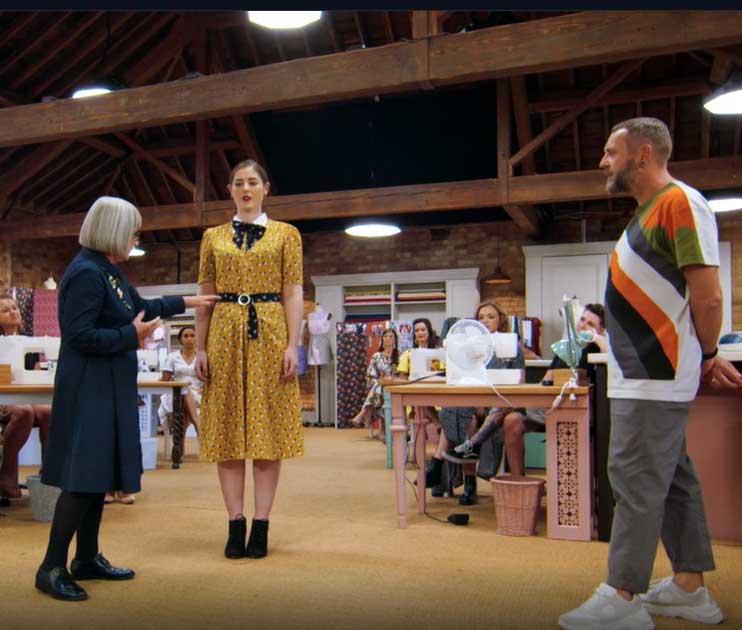 If you would like to make a tea dress we would suggest the following patterns: 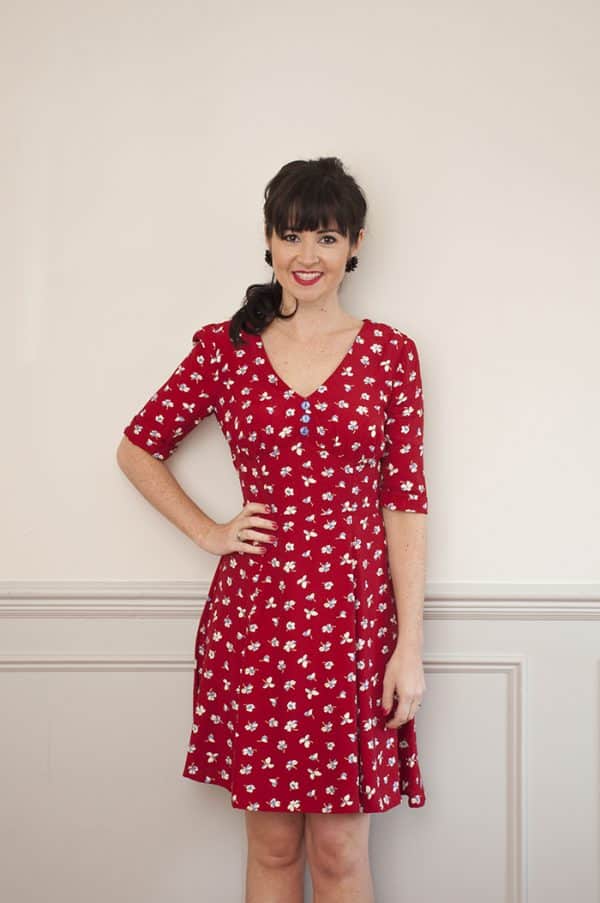 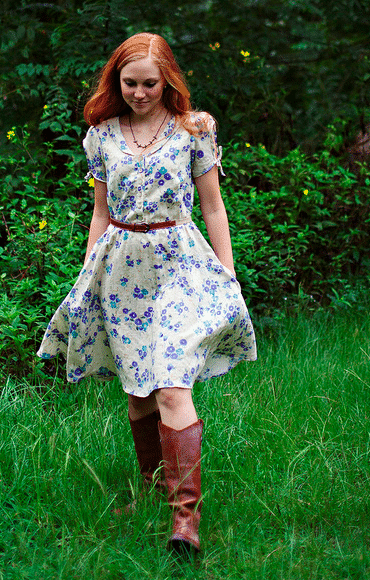 For fabrics we would suggest any of our Cotton Lawns, but particularly Lady McElroy Springtime Haze which is new in and was featured in Ali’s teadress on the show.  Also the new Teal Cotton Voile Dobby (which would need lining as it is quite sheer) and the Blue Petals Print Viscose Fabric. 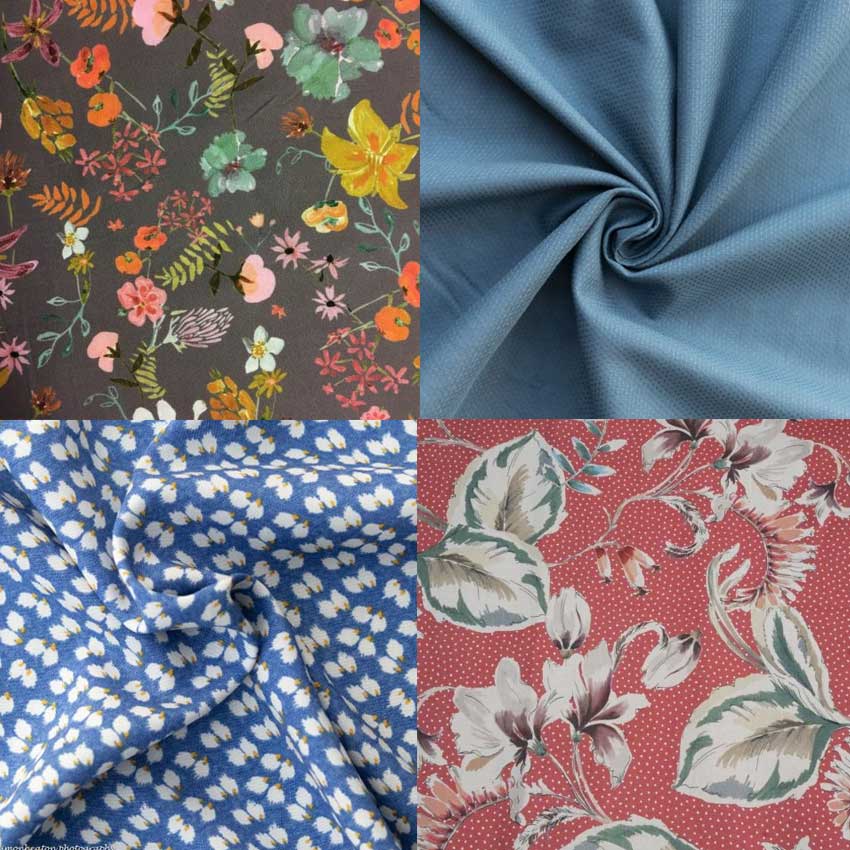 We thoroughly enjoyed this first episode of the Great British Sewing Bee and hope you did too. Now we are looking forward to the next episode which promises us a ‘holiday’ theme with palazzo pants, beach cover-ups and colourful shirts!