Another great episode from the Great British Sewing Bee and the theme this week was ‘Holidays’. This was rather ironic given that it is unlikely that any of us will be going on holiday for a while! Obviously the series was filmed long before the dreaded virus had appeared on the scene!

First up was the Pattern Challenge – this week the contestants were asked to make palazzo pants. Patrick explained that these are long trousers that flare gently from the hip. Contestants were encouraged to use a bold print fabric but were warned they would be having their pattern matching checked, particularly at the front of the trousers.

TOP TIP: Make sure you factor in the seam allowance when pattern matching your fabric!

Patrick pointed out that the tricky part was that the pockets should be invisible as should the zip. HERE is a great tutorial for sewing invisible zips.

The winner of this challenge was Ali, the Yorkshire paramedic, who chose a bold floral fabric for her pants.  The judges felt she had thought carefully about how elements of the pattern were placed.  Several contestants chose to use contrasting fabric for details such as the pocket bags. The judges pointed out that this made things much harder for themselves, as it emphasised the fact that the pockets weren’t totally invisible.

If you would like to try making some palazzo pants we would suggest the following fabrics: 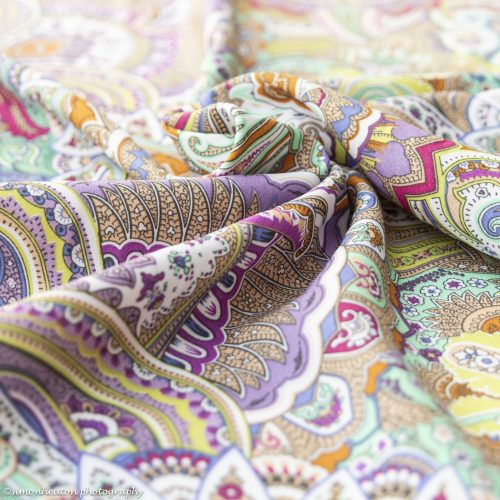 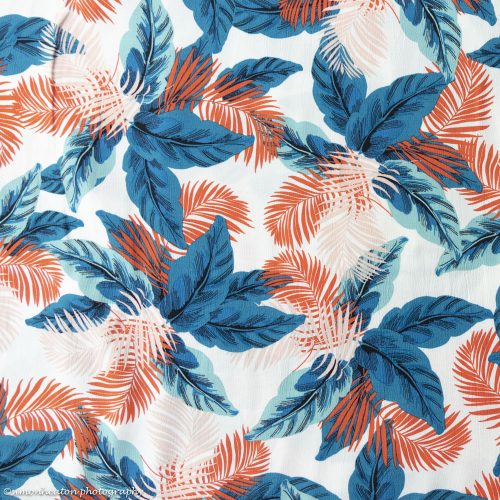 Next was the Transformation Challenge. This week the challenge was to turn some towels into a beach outfit for a woman, ideally the sort of thing that could be popped over swimwear. Contestants were told they could use lots of trimmings from the haberdashery but they were not allowed to use any other fabric than the towelling. The winner was Brighton-based Peter who produced a casual hoodie style garment. The judges were impressed with how he utilised the contrasting diagonal stripes of the towels, the fact that he had bound the hood and he had used the knotted tassels feature of the bottom of the towel as part of the belt.

Finally we had the Made to Measure Challenge – contestants were tasked with making a summer holiday shirt for a man. The judges pointed out there were lots of details to get right and they were looking for good pattern matching and additional design flourishes such as pockets, pleats, etc. The contestants produced a colourful range of shirts, with some novel patterned fabrics featuring koi carp and llamas, as well as traditional African and Trinidadian fabrics. The contestants had different ways of getting neat points on their shirt collars, some had purpose-made tools whereas medical consultant Clare used a pair of nasal forceps! A useful video tip for getting perfect points on shirt collars can be found HERE. 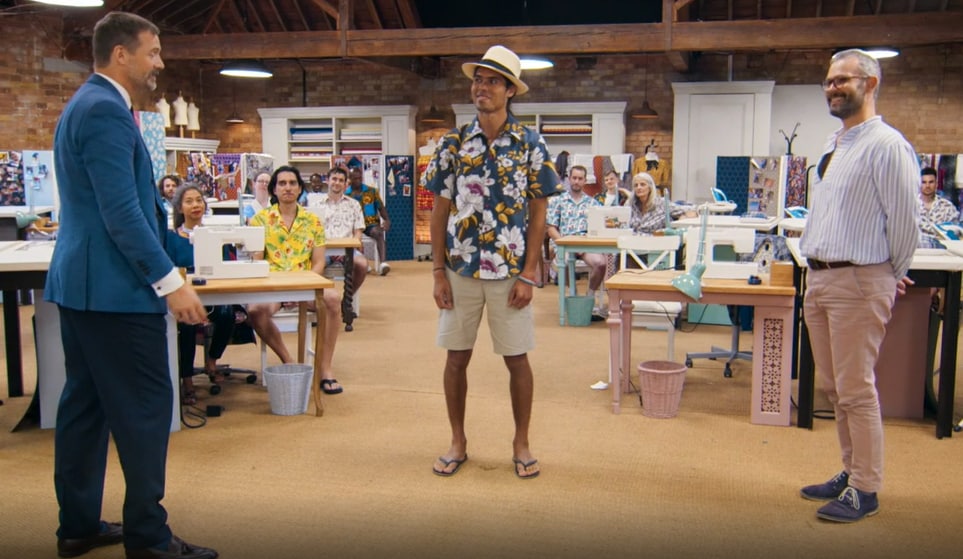 Mark (a Personal Banker from Warwickshire) won ‘Garment of the Week’ – Patrick said his shirt was phenomenal in every respect. Both judges were impressed with how well pattern-matched his shirt pockets were and how neat the collar was.

Suggested fabrics for similar shirts include: 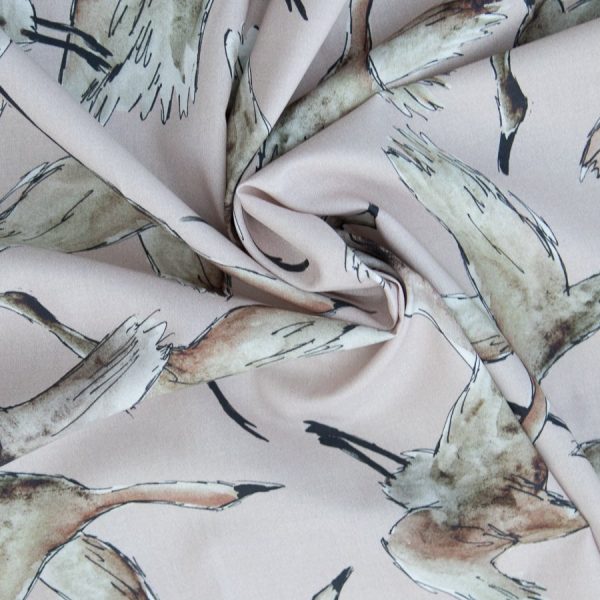 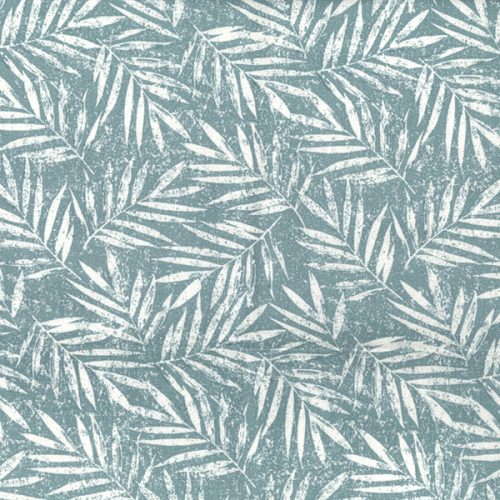 Sadly, it was the turn of ballroom-dancer Alex to go home, although he seemed quite accepting of his fate. He had been near the bottom in most of the challenges and had made life much more difficult for himself in the shirt challenge by choosing a very stretchy viscose jersey fabric which made it hard to get the precise finish required.

We are already looking forward to the next episode when we are told it will be ‘Children’s Week’.