So another exciting episode of the Great British Sewing Bee and the contestants this week had to tackle the technical demands of “Gent’s Classics”.

For the Pattern Challenge they were asked to make a Baker Boy Cap. This is a fuller and more rounded version of the traditional flat cap. This style has now become fashionable since featuring in the TV series “Peaky Blinders”. It was traditionally made from tailor’s offcuts so can be one colour or a mixture. The crown of the hat is made of eight parts, has a stiffened peak, a button on top and is fully lined. The judges explained it would be tricky to sew as it contains a lot of different parts in a small garment. The covered button is made by clamping a circle of fabric between two interlocking parts, the thicker the fabric the harder it is to clamp.

This challenge was won by Raph. The judges loved how he had gone the extra mile by using a bold chequered pattern. He even made a quartered button to match. The blue lining was also much admired as was the standard of his sewing.

Damien came last this time. His peak was not lined up properly and he had failed to catch the peak into the seam.

If you would like to make a similar style cap, then there is a video tutorial HERE  which shows you how to draft the pattern and sew the cap.

These caps are traditionally made of woollen fabric, so our Boiled Wool would be a good fabric choice. It has the advantage that it doesn’t fray so is fairly easy to sew. We have a range of colours that could look very effective if you wanted to alternate the panels.  Some of our favourite shades are shown below: 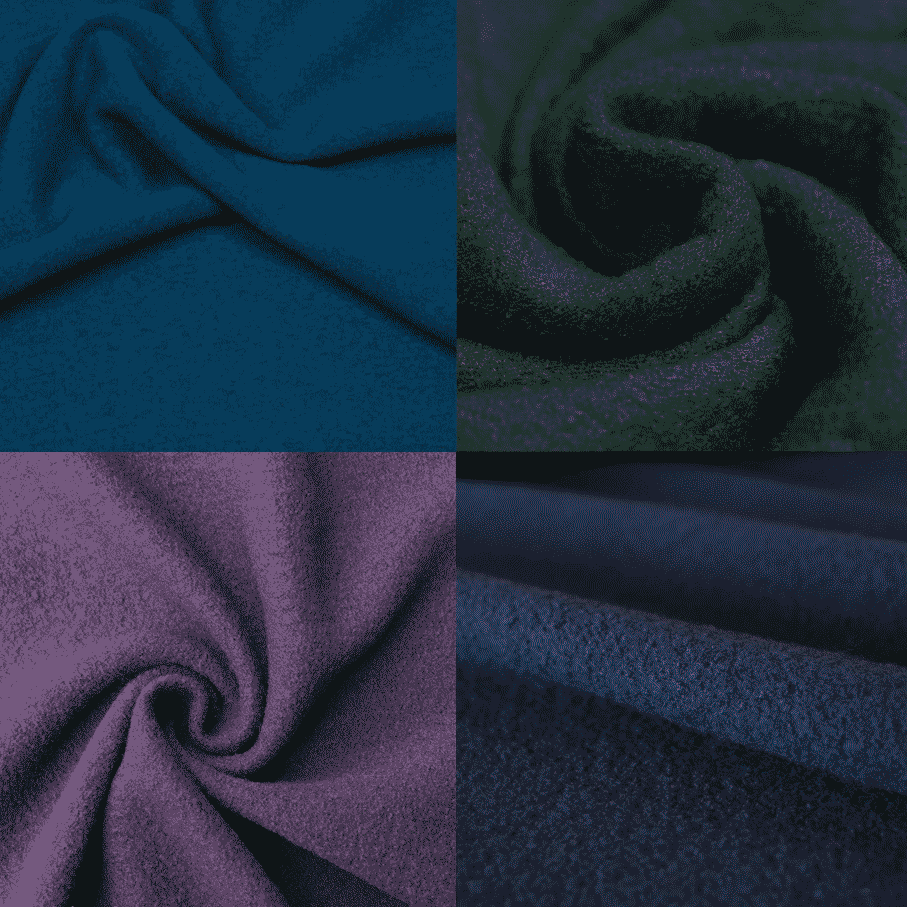 Next we had the Transformation Challenge. The contestants were faced with a selection of men’s suit jackets and blazers. They were asked to give them a new lease of life and turn them into fashionable ladies’ garments. Esme explained that she wanted to see elements from the original jackets incorporated into the designs.

Results of the Transformation Challenge

Serena won this challenge with the judges liking her placement of the fabric and the way she incorporated elements of the original jacket. They were also intrigued by her ‘snack pocket’ although whether you would want to keep your snacks under your armpit is another matter! Farie was last, with the judges feeling that her garment still looked too jacket-like.

For the Made to Measure Challenge this week, the contestants were asked to make a man’s utility jacket. Patrick defined this as being workwear or military in style. It should have at least three pockets and be made of a practical tough material.

The contestants created a range of interesting jackets from this brief. Raph made a man’s over-shirt with contrasting denim and green cotton canvas, but this was sadly too tight.  Adam continued his love of the nautical by incorporating a flash of anchor fabric underneath the pocket flaps to contrast with the bright blue cotton denim. He also used big silver anchor buttons on the pockets but the judges thought this could have been matched with a silver zip.

Two of the contestants made major errors in the sewing process but used their ingenuity to rectify them successfully. Adeena had sewn her zip the wrong way round but ended up using the exposed zip as a design feature. Andrew’s metal worker jacket was too tight-fitting so he incorporated an additional panel which the Judges thought solved the problem pretty well.

Damien opted to make a western style jacket out of needlecord – even Joe had to admit he had made needlecord look cool! In contrast, Serena chose a bold abstract design for her summer jacket and had cleverly pattern-matched the pockets.  Rebecca made a raglan sleeve camo jacket which the judges felt was neatly sewn and well fitted. Cathryn created a parker style jacket with Irish Donegal tweed. Esme admired the way she had used contrast print fabric under the collar and both judges thought it was neatly sewn.

Lawratu struggled to complete her burgundy safari style jacket and had to drop the planned lining as a result. She also had problems with fixing the metal poppers resulting in some falling off. 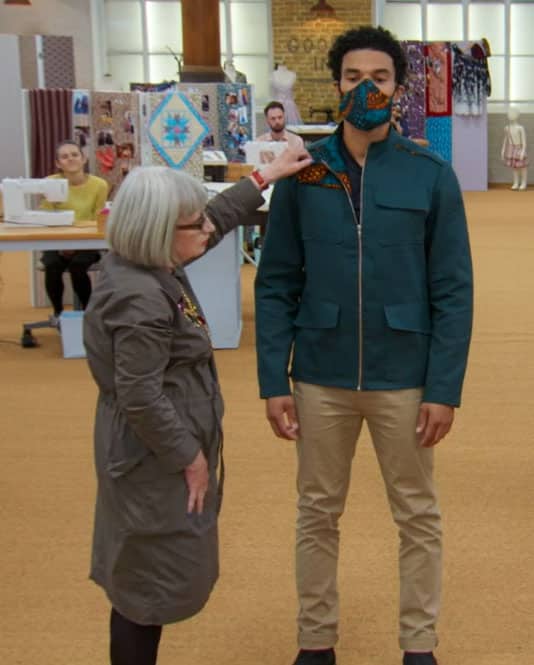 By contrast, Farie was overjoyed that she managed to finish her jacket for once! Esme loved the way she had lined the pockets with Ankara fabric from Zimbabwe. Patrick said she had “nailed it” with the finish being impeccable and the fit excellent.  It was no surprise then when this was chosen as “Garment of the Week”.

Many of the contestants chose denim for their jackets, if you would like to make a similar garment then check out our selection of denims.  We particularly like these two from Lady McElroy:

Unfortunately Lawratu was the person chosen to go home, having encountered too many problems this week.

We are already looking forward to the next episode, when we are told it will be “International Week”!